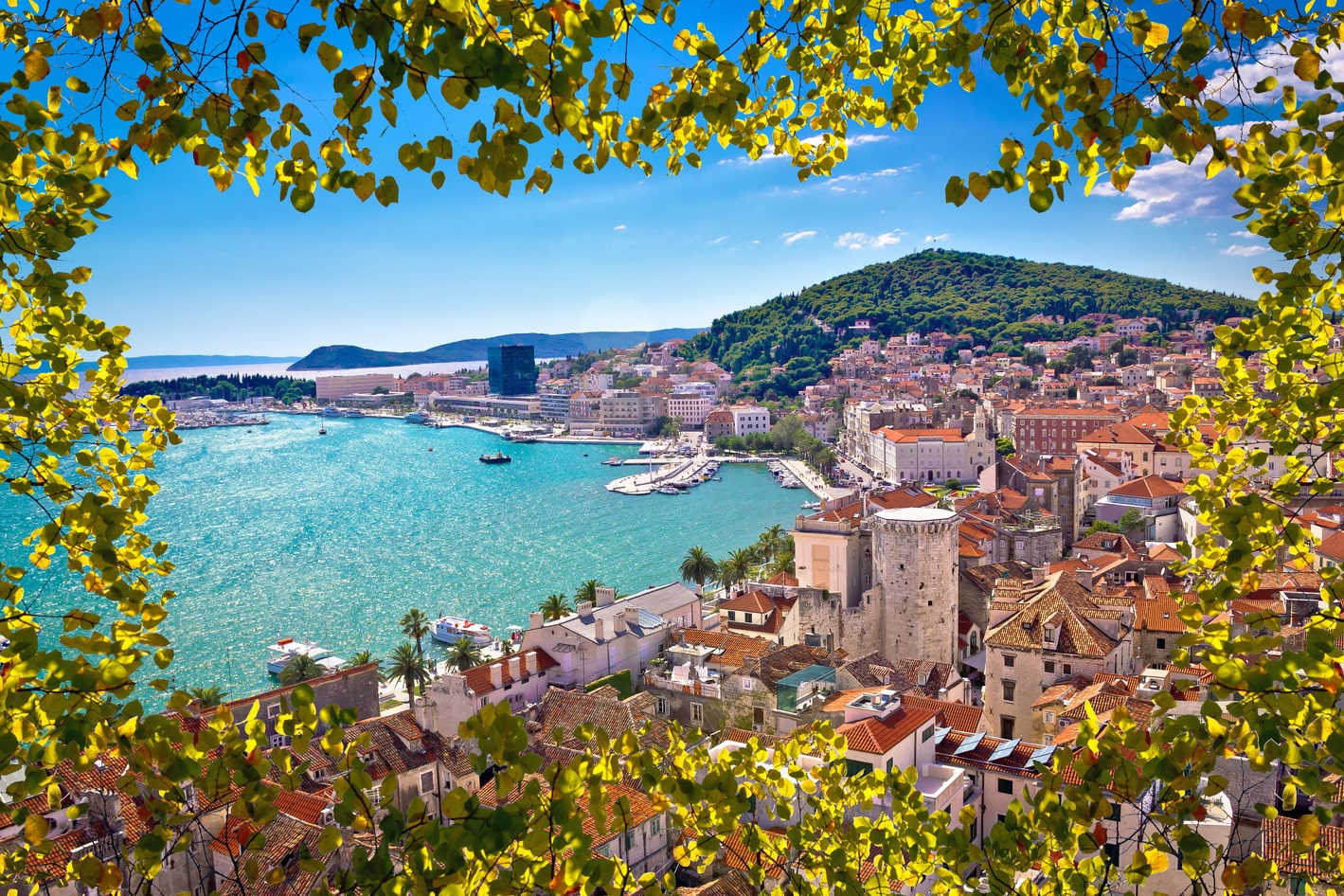 Why visit Croatia of all places in 2022? Located between Central and South Eastern Europe, this beautiful country has many things to see and do. The beaches are great, but there are also forests, mountains, and much more. It can be tough to know what to do with only a week in Croatia, but this article will help you make the most of your time there.

Before we move forward, know that these tours and locations can all be booked online. Keep reading to find out more!

The First Day: Converge at the Capital—Zagreb

Zagreb is a great converging point for a Croatian trip because it is among the smallest and most underrated European capitals. It is also convenient because Zagreb will likely be on your way if you arrive by car or plane. Croatia’s capital is a city with a mix of old and new. It has Gothic churches and heritage from the Austro-Hungarian Empire, but it also has a medieval core.

There’s something about Zagreb that makes you want to slow down, sit back, and enjoy the moment. Maybe it’s the beautiful architecture, the interesting museums, or the lively yet relaxed atmosphere. You’ll spend hours in one of the city’s many cafes, people-watching and sipping coffee.

Start your exploration in the heart of its history: St. Mark Square. In the middle of the square, you’ll find St Mark’s Church—one of the most iconic buildings in the city, distinguishable with its colorful canopy and magnificent interior. You can walk on the surrounding cobblestone streets lined by pastel-colored dwellings and visit the Museum of Broken Relationships, a unique hotspot that tells stories from all over the globe. Then, climb the Lotrscak Tower for amazing views of Zagreb and the surrounding mountains.

From there, the city tour takes you to Ban Josip Jelačić Square, this modern capital’s main square and center. The Art Nouveau buildings you’ll see here are mostly from the Habsburg era, making this area similar to Central European cities such as Budapest, Prague, or Vienna. Tkalčićeva Street, the main walking area, starts from Jelačić Square. It is also where you’ll find that tempting cafe and many other shops and restaurants if you’re looking for everyday activities.

Jelačić Square is another great starting point for exploring the city of Zagreb. You can walk to the Cathedral of Zagreb or the beautiful parks south of the main square, such as Zrinjevac Park, Josip Juraj Strossmayer Park, and King Tomislav Park. If you’re taking public transportation or want an early start on day one, consider spending the night in proximity to your next destination: Plitvice Lakes.

Take your time in Zagreb, and you’ll see a side of Croatia that most travelers miss out on. There’s so much to do here, so you don’t want to rush through.

There is something truly magical about Plitvice Lakes and its National park that seems like it came straight out of a fairytale—with its bright turquoise waters, lush greenery, and a series of 16 interconnected lakes that flow into each other, each a different shade of blue or green, which are a network of small waterfalls and streams.

The best way to enjoy Plitvice Lakes is to book your ticket and spend the night before your visit (if you’re coming from Zagreb) close to the park. This allows you to enter early in the morning before most day-trippers arrive.

The park staff has planned out different routes through the park, each marked with a letter from A to K. The routes vary in length and difficulty, so you can choose one that best fits your visit. We recommend spending a whole day in the park if only to see both the Upper and Lower Lakes area and take a peaceful walk along Lake Kozjak.

The area can get very busy in the summer, so there is a limit to the number of daily visitors. But despite the heavy tourist traffic, it’s worth a visit.

Take a look at our best-value Plitvice Lakes Tours!

Book a full-day walking tour of the largest National Park in Croatia! Discover the mesmerizing canyons, cascading lakes, and breathtaking waterfalls. Don’t miss the opportunity to go on a boat ride across the Lower Lakes!

Explore the majestic lakes and waterfalls by going on a Plitvice Lakes Private Tour! Marvel at the Great Waterfall and explore the picturesque village of Rastoke accompanied only by your friends or family.

Zadar is a city located on the Adriatic Sea, where it is the capital of Zadar County and the historical region of Dalmatia. The city has a population of 75,082 inhabitants and has a lot to offer in terms of history and culture. It is also a great location to unwind by the sea.

Zadar’s old town is a great place to explore on foot. You can visit the Roman Forum and St Donat’s Church and climb the Cathedral of St. Anastasia bell tower for great panoramic views.

Don’t miss out on the modern attractions, too, like Sea Organ—an art installation that makes a melody of tones when the waves push air through its pipes and flutes. It’s also a great location to watch the sunset at the end of an eventful day.

Then you can walk to the Sun Salutation, the other famous piece of art with about 300 glass plates that absorb the sun’s energy and produce a colorful light show at night.

If you need a place to stay the night, you can choose Zadar or Šibenik. Šibenik is located an hour’s drive from Zadar, and it’s an ideal lodging place if you plan to explore the area the next day.

Like Plitvice Lakes, Krka National Park is one of Croatia’s most popular national parks. The park’s main attraction is the Krka River, which flows through a canyon of travertine rocks, creating a series of waterfalls. Several trails wind through the park, and you can swim in some of the pools at the base of the waterfalls.

The other place you’ll visit is the town of Sibenik. This historic town is known for its medieval architecture, including the Cathedral of St. James, one of Croatia’s most important examples of Renaissance architecture. The town is also home to the UNESCO-listed Fortress of St. Nicholas, which overlooks the harbor. One can visit the entire town on foot, while boat tours will take you to the nearby islands.

Continue down south, and your next stop will be at Split, another Croatian city with a long history. Its UNESCO World Heritage Site Diocletian’s Palace goes back to the 3rd century! The city is also known for being a filming location for the Game of Thrones. In addition to its historical significance, Split has an intact old town and a lively seafront promenade called Riva.

The Cathedral of Saint Domnius is a must-see for anyone visiting Split. The former Roman mausoleum has been turned into a beautiful Catholic church, and the views from the bell tower are simply stunning. You can see breathtaking sights of the whole city and the Adriatic Sea from up there. Trust us; it’s one of the best things to do in Split!

If you want to relax at the end of the day, you can visit Bacvice Beach, in the city center. It is a short walk from the old town. Another option is Marjan Hill, a quieter area that offers coastal trails and nicer beaches than you’ll find in Split.

Similar to what we’ve said earlier, the best way to enjoy Split is to spend more time in the area. Along with its rich culture, the city is a busy transport hub where you can take amazing day trips from Split to the islands and inland destinations. 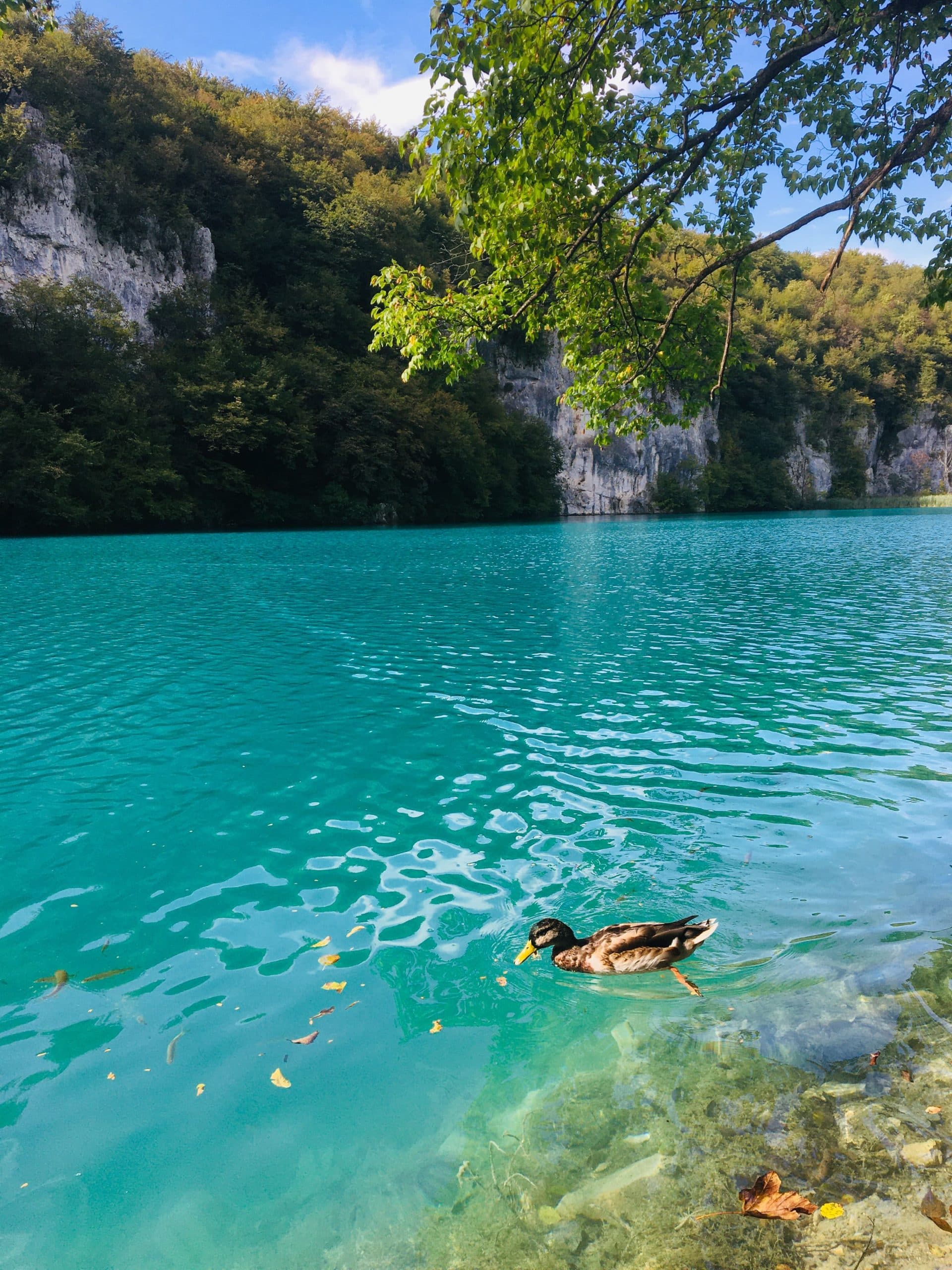 The Sixth Day: Take a Day Trip to the Islands

There are a ton of different companies that offer speedboat tours or catamaran cruises to nearby islands from Split. These companies typically include two to three stops at different islands as part of the trip.

The most popular islands in Croatia are Hvar and Brac, known for their beautiful beaches and charming coastal towns. However, islands like Šolta, Vis, and Biševo also have unique attractions, like the Blue Lagoon, Stiniva Cove, and the Blue Cave. These areas are all renowned for their stunning blue hues.

Tours that last for only a few hours are opportune times to see a lot of important sights in a short period. These tours are especially beneficial if you want to visit places that are difficult to access. However, not everyone enjoys this type of touring.

If you would rather explore on your own, take the public ferry. Split has ferry connections with Sumartin, Supetar, Bol, and Milna on Brac island and with Hvar town, Stari Grad, and Jelsa on Hvar Island.

The old highway between Split and Makarska offers stunning coastline views and plenty of opportunities to stop at beaches. Just be sure to stay aware of traffic while driving, as it’s easy to get distracted by the beauty of the scenery.

After you reach the Makarska Riviera, you’ll see the famous turquoise bays, white pebbly beaches, and the giant white cliffs of Mount Biokovo, home to some of the best beaches in Croatia like Punta Rata Beach in Brela or Nugal Beach in Makarska.

Experience the most incredible way of exploring Croatia’s Plitvice Lakes and National Park by booking with Plitvice Lakes Tickets & Tours! We’ll take along its mesmerizing canyons, cascading lakes, and breathtaking waterfalls. Book now through our website!

Purchase your Plitvice Lakes admission ticket and discover the breathtaking natural oasis at your own pace! Wander along the hiking trails and awe at the constantly changing color of the Lower and Upper Lakes.

On this full-day tour of Plitvice Lakes, you'll be able to discover beautiful waterfalls and lakes, as well as the picturesque village of Rastoke. You will also have a chance to taste local cheese at a dairy farm and explore the Museum of Croatian War of Independence.